As if having my own Paypal crisis isn’t enough at the moment, now Patreon is having widespread declines as of yesterday’s billing cycle. Apparently they switched to a new global bank in the UK and it screwed up something like 20% of all payment transactions. So if your pledge didn’t go through this month, in a recent Tweet, Patreon have suggested the following options to get yourself back up and running;

Once you’ve done any of those, Patreon suggests that you just re-pledge at the same amount this month (if the pledge goes through successfully, they say that you will not be double charged.  But if by some change you are, just contact me, as a creator I have a refund button!)

Also quite important to note, Patreon confirmed via Twitter that they no longer accept Prepaid Visa/Mastercard as a form of payment, so that could have a big impact for some people as well. 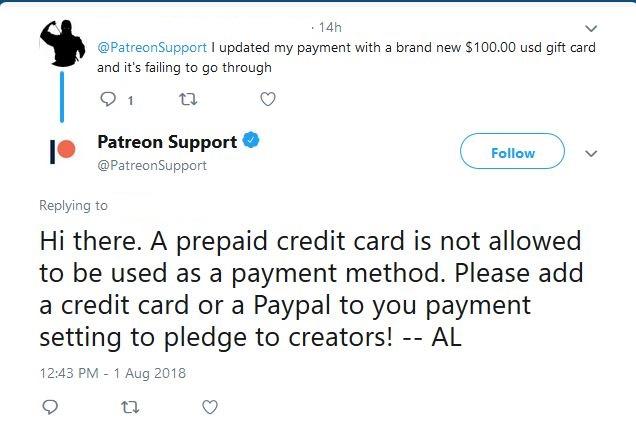 It looks as if a lot of my declines have resolved overnight (I just woke up for the day) but there are still 18 declined patrons.  I’ll send them all a private note directing them to this post in case they don’t know they are declined…